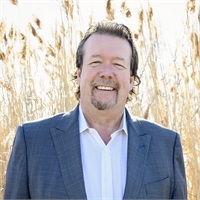 Warren Scott Hyster “Scott” is CEO of Hyster Financial Coaching, is an East Coast native who moved to Idaho at the age of 16 and since then has resided in California,  Las Vegas and now lives in Oregon and Utah.

Scott became a widow in 2003,  Married again and divorced in 2017. Then met Sayra Macias and were married in November 2019.  In this new marriage, he inherited 2 stepdaughters, 1 foster daughter, and 1 puppy dog.

Scott has been in the financial services industry since 1993, where he built his first financial practice with Piper Jaffray Inc.  He grew his business managing over $60 million dollars in assets for 400 clients and sold it in 1998.

In the course of his career,  Scott has worked as a controller for agricultural commodities trader, tax specialist for a payroll management company, Coached over 3000 Financial Advisors, started writing a book on Psychology of Investing, has been keynote speaker on several stages of professional investment conferences and academic business workshops around the country.  Scott has been Regional vice president for several of the top insurance and money management companies, including US Bank Corp, First American Trust, Mutual of Omaha, National City Bank, Merrill Lynch Investment management, Security benefit, Transamerica capital and Pacific life.

After over 25 years of consulting top financial advisors in the country, Scott decided to Advise Clients directly, the opportunity presented itself to buy a well established successful practice in Eugene Oregon where he has since updated systems and procedures to bring better and more effective service to current and future clients.